I went to New York last year to visit a very good friend of mine, Wei. She’s my friend since we were little kids.

So Wei had to attend class in the mornings so I had the whole day to visit museums. I was going to meet Wei later in the afternoon so that we could go to MoMA (Museum of Modern Art) together and I could finally see what the big deal was about.

So I Google mapped my way to 5th Avenue and spent my morning there.

The whole point of going to the museum is to climb the spiral thing!

I saw a bunch of Cezanne and Matisse. 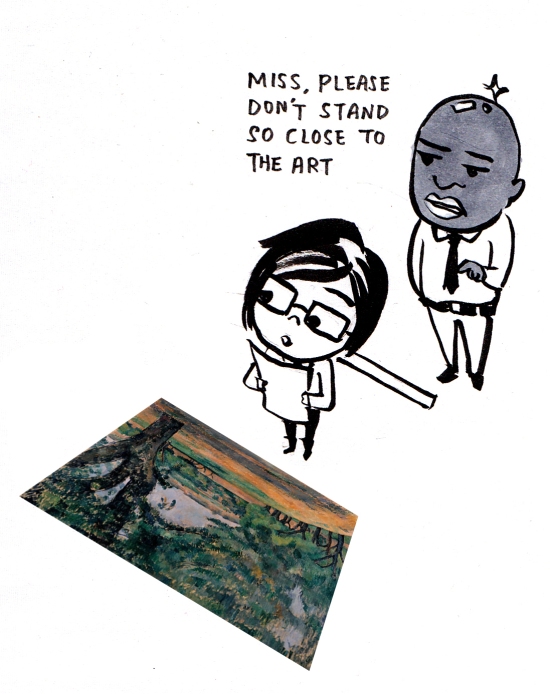 And a couple that I’ve seen that are really famous but their names escape me. 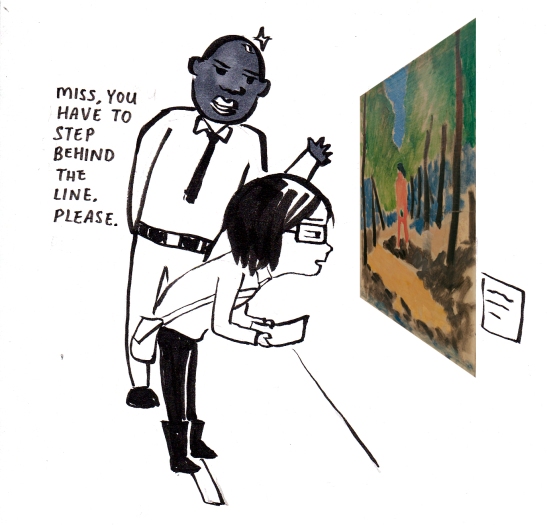 The real party started at MoMA, The Museum of Modern Art.

Let me break it down for you, the history of art, according to Ning.

During this time I was taking a class in Modernism and Modernity and I hoped to find something interesting to put into my final essay.

Needless to say I found a lot of interesting things, though none was really suited for my essay.

My favourite painting in MoMA was Charles Demuth’s Corn and Peaches. I guess it speaks to my tastes.

One day, when I can afford this,and if it is for sale, I will buy this painting.

If not, I will buy MoMA.

And I got to see the famous white Square. Or White on white by Malevich.

To those who say “I could do this in pre-school!” I know when I was in pre-school I could not draw straight lines even with a ruler, maybe in elementary school. Pre-school Ning was a rebel who only drew dogs.

Well, it was bigger that I thought it would be… and there were a bunch more of Malevich’s squares to keep it company. 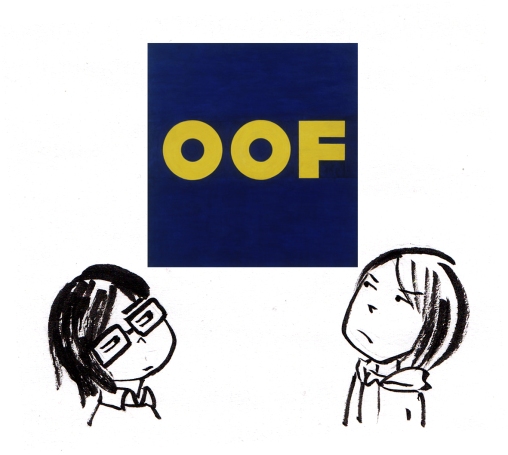 Oof. It’s by the same guy who painted the can of flying spam.

But my favourite piece of artwork. The Plank.

Yes. That’s me, planking next to the plank.

Here’s a link to the actual piece.

It is my favourite because of the description. How can anyone not love this plank.It’s called The Absolutely Naked Fragrance. Below is the description from the MoMA website:

McCracken began producing his vibrant monochrome “planks” in 1966. While the polished resin surface captures the aesthetic of surfing and car culture unique to Southern California in the 1960s, the title was drawn from advertising slogans in fashion magazines. The work’s interaction with both the floor and wall is meant to call attention to the space occupied in the gallery by both viewer and object. “I see the plank as existing between two worlds,” McCracken has said, “the floor representing the physical world of standing objects, trees, cars, buildings, human bodies, and everything, and the wall representing the world of the imagination, illusionistic painting space, human mental space, and all that.”

Wei said I should have written about the plank. I think I should have listened to her. But whatever, Gray’s Papaya afterwards. ($5 for 2 hot dogs and a drink) 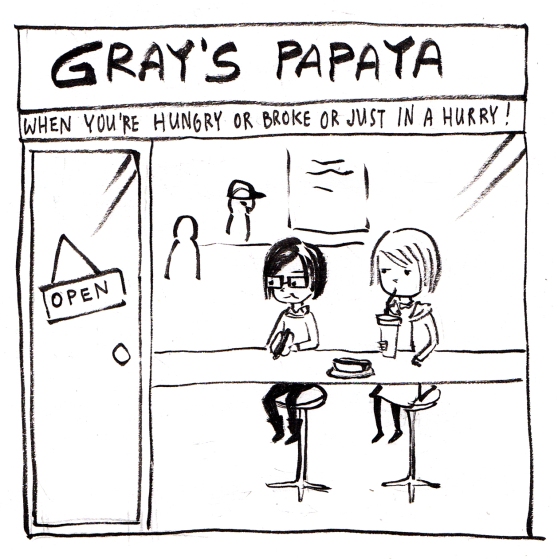 One thought on “Ning goes to New York (Guggenheim and MoMA)”